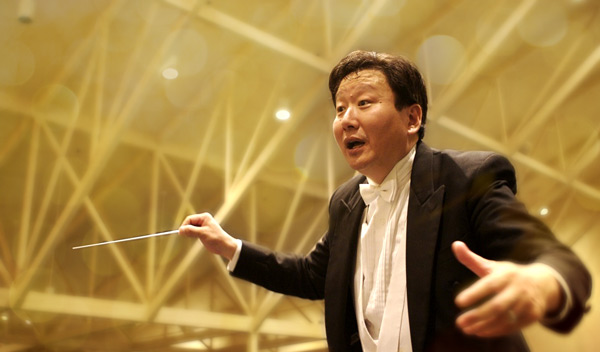 A native of Beijing, China, Mr. Chen served as a singer and assistant conductor with the China National Broadcasting Chorus after he received his B.M. degree in Voice from the Central Conservatory of Music. In 1987, he emigrated to the United States and, in 1990, earned a double major M.M. degree in Voice and Choral Conducting at the prestigious Eastman School of Music (Rochester, NY). Following his graduation, Mr. Chen accepted a position as the Director of Choral Activities at the Louisiana School for Math, Science, and the Arts. In 1998, he became Director of Choral Activities at Pensacola State College and Artistic Director of the Choral Society of Pensacola. Mr. Chen has served as guest conductor and choral clinician in the U.S. and in China, where he led performances of the China National Symphony Orchestra Chorus.

Mr. Chen served as the Choral Society’s artistic director from 1998 until his retirement in May 2020.